So this year I’m wearing my St Louis Cardinal hoodie all decked out in red but unfortunately my team, the Cardinals, aren’t one of the few still playing.  So what does a baseball fan do?  Well, I’m not sure if this is cool with the other fans out there, but my approach is to adopt another team (limited time only) and temporarily get on the proverbial bandwagon.  That’s where the orange and black colors come in (bet you thought they were mentioned because of Halloween).

Its a pretty long drought from the time a baseball season ends to Opening Day comes the next year, especially when your team isn’t still playing in October.  So the adoption takes place and my endorsed team for the past two playoff seasons has been the defending World Series Champs, the Houston Astros (the orange and black team). 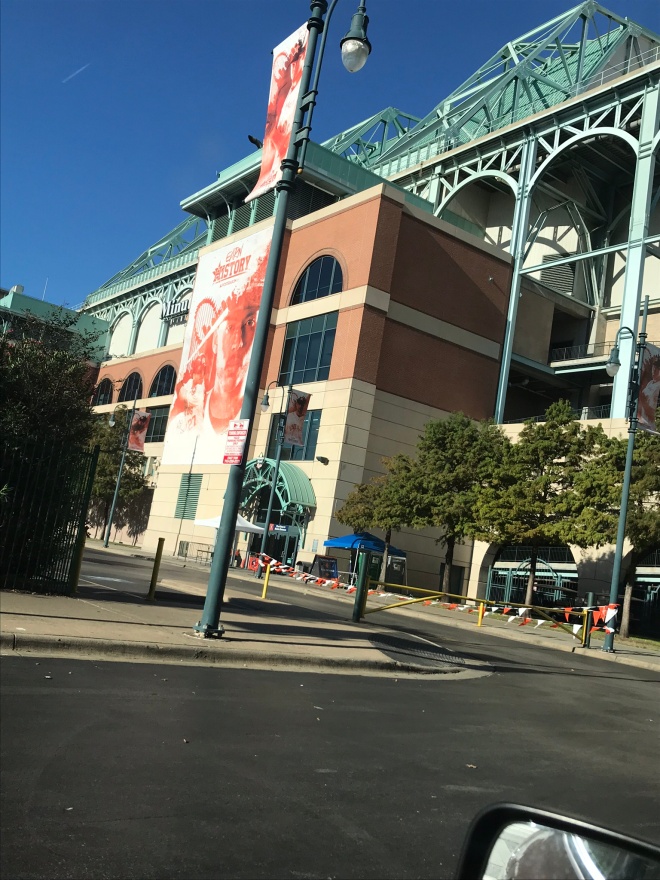 While attending a very dear friend’s daughter’s wedding last year outside of Houston, in Waller Texas, I began to foster the ‘Stros team.  It was easy to “like” this team and it has continued again this year.

In fact it became very easy for this Kentucky girl to embrace not only the Astros but the entire state of Texas.  In fact have you ever heard of Buc-ee’s?   Buc-ee’s is much more than your typical truck stop,  it’s nothing less than an experience.  It was such a majestic encounter that during my 3-day stay in the area, I made the sojourn to the area mega-store no less than 4 times.  Check it out.  www.buc-ees.com

In every thing give thanks:  for this is the will of God in Christ Jesus concerning you.  1 Thessalonians 5:18